Discerning Survival Strength – for our lives and for the planet 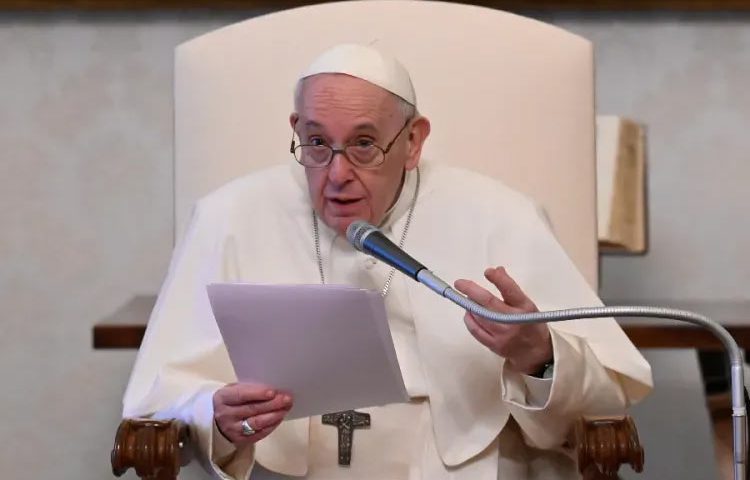 We are continuing our reflection on discernment — during this time we will speak about spiritual discernment every Wednesday — and in doing so, referring to a specific witness can be helpful to us.

One of the most instructive examples is offered to us by Saint Ignatius of Loyola, with a decisive episode in his life. Ignatius was at home convalescing after injuring a leg in battle. To dispel the boredom, he asked for something to read. He loved tales of chivalry, but unfortunately, there were only the lives of the saints at home. Somewhat reluctantly, he adapted, but in the course of reading, he began to discover another world, a world that won him over and seemed to compete with that of knights. He was fascinated by the figures of Saint Francis and Saint Dominic, and felt the desire to imitate them. But the world of chivalry also continued to exert its fascination on him. Thus, he felt within himself this alternation of thoughts — those of chivalry and those of the saints — which seem to be on par with one another.

Ignatius, however, also began to perceive some differences. In his Autobiography — in the third person — he wrote: “When he thought of worldly things” — and of chivalrous things, of course — “it gave him great pleasure, but afterward he found himself dry and sad. But when he thought of journeying to Jerusalem, and of living only on herbs and practising austerities, he found pleasure not only while thinking of them, but also when he had ceased” (Chapter 8); they left him a trace of joy.

In this experience we note two aspects, above all. The first is time : that is, the thoughts of the world are attractive at the beginning, but then they lose their lustre and leave emptiness and discontent; they leave you that way, empty. Thoughts of God, on the contrary, rouse first a certain resistance — “But I’m not going to read this boring thing about saints” — but when they are welcomed, they bring an unknown peace that lasts for a long time.

Here, then, is the other aspect: the end point of thoughts. At first the situation does not seem so clear. There is a development of discernment: for example, we understand what is good for us not in an abstract, general way, but in the journey of our life. In the rules for discernment, the fruit of this fundamental experience, Ignatius laid down an important premise, which helps to understand this process: “In the persons who go from mortal sin to mortal sin, the enemy is commonly used to propose to them apparent pleasures” — to reassure them that everything is fine — “making them imagine sensual delights and pleasures in order to hold them more and make them grow in their vices and sins. In these persons the good spirit uses the opposite method, pricking them and biting their consciences through the process of reason” (Spiritual Exercises , 314). But this will not do.

There is a history that precedes one who discerns, a history that it is indispensable to know, because discernment is not a sort of oracle or fatalism, or something from a laboratory, like casting one’s lot on two possibilities. The great questions arise when we have already travelled a stretch of the road in life, and it is to that journey that we must return in order to understand what we are looking for. If in life we make a little progress, then: “But why am I walking in this direction, what am I looking for?”, and that is where discernment takes place. When he found himself wounded in his father’s house, Ignatius was not thinking of God at all, or of how to reform his own life, no. He had his first experience of God by listening to his own heart, which presented him with a curious reversal: things that were attractive at first sight left him disillusioned, whereas in others, less dazzling, he perceived lasting peace. We too have this experience; very often we begin to think about something, and we stay there, and then we end up disappointed. Instead, when we carry out a work of charity, do something good and feel something of happiness, a good thought comes to us, and happiness comes to us, something of joy. It is an experience that is entirely our own. He, Ignatius, had his first experience of God by listening to his own heart, that showed him a curious reversal. This is what we must learn: to listen to our own heart, to know what is happening, what decision to make. To make a judgement on a situation, one must listen to one’s own heart. We listen to the television, the radio, the mobile phone. We are experts at listening, but I ask you: do you know how to listen to your heart? Do you stop to ask: “But how is my heart? Is it satisfied, is it sad, is it searching for something?”. In order to make good decisions, one must listen to one’s own heart.

This is why Ignatius would go on to suggest reading the lives of the saints, because they show God’s style in the lives of people who are not very different from us, in a narrative and comprehensible way; because saints were made of flesh and blood like us. Their actions speak to ours, and they help us understand their meaning.

In that famous episode of the two feelings that Ignatius had, one when he read about knights and the other when he read about the lives of  saints, we can recognise another important aspect of discernment, which we already mentioned last time. There is an apparent randomness  in life’s events: everything seems to arise from a banal setback — there were no books about knights, only about the lives of saints, a  setback that nonetheless held a possible turning point. Only after some time would Ignatius realize this, at which point he would devote all his attention to it. Listen carefully: God works through un-plannable events that happen by chance, but by chance this happened to me, and by chance I met this person, by chance I saw this film. It was not planned but God works through un-plannable events, and also through setbacks: “But I was supposed to go for a walk and I had a problem with my foot, I can’t…”. Setback: what is God saying to you? What is life telling you there? We have also seen this in a passage from the Gospel of Matthew: a man ploughing a field accidentally comes across a buried treasure. A totally unexpected situation. But what is important is that he recognises it as the lucky break of his life and decides accordingly: he sells everything and buys that field (cf. 13:44). I will give you a piece of advice: beware of the unexpected. He who says: “But I wasn’t expecting this”. Is it life speaking to you, is it the Lord speaking to you, or is it the devil? Someone. But there is something to discern: how I react when faced with the unexpected. But I was quiet at home and “Boom!” — my mother-in-law arrives. And how do you react to your mother-in-law? Is it love or something else inside? And you must discern. I was working well in the office, and a companion comes along to tell me he needs money: how do you react? Seeing what happens when we experience things we were not expecting, and  learning to know our heart as it moves.

Discernment is the aid in recognising the signals with which the Lord makes himself known in unexpected, even unpleasant situations, as the wounded leg was for Ignatius. A life-changing encounter can arise from them, forever, as in the case of Ignatius. Something can arise  that makes you better along the way, or worse, I don’t know, but being attentive: the most beautiful narrative thread comes from the unexpected: “How do I act in view of this?” May the Lord help us listen to our hearts and see when it is He who acts, and when it is not and it is something else.