Our suffering Mother Earth – What is God asking of me?

Listen To The Voice Of Creation – Discern How You Will Respond

I have heard their cry…I know their sufferings…Come, now! I will send you…I will be with you.

The burning bush is the Symbol for the Season of Creation 2022. Today, the prevalence of unnatural fires is a sign of the devastating effects that climate change has on the most vulnerable of our planet.

Pope Francis and the wider ecumenical Church invite us to Listen to the Voice of Creation for the World Day of Prayer for Creation on 1st September which kicks off this year’s Season of Creation, until 4 October 2022.

Creation cries out as forests crackle, animals flee, and people are forced to migrate due to the fires of injustice. On the contrary, the fire that called to Moses as he tended the flock on Mt. Horeb did not consume or destroy the bush. This flame of the Spirit revealed God’s presence. This holy fire affirmed that God heard the cries of all who suffered and promised to be with us as we followed in faith to our deliverance from injustice. In this Season of Creation, this symbol of God’s Spirit calls us to listen to the voice of creation. https://seasonofcreation.org/

With the recent release of Australia’s State of The Environment Report 2021 showing clear signs of deterioration in almost every aspect, we pray that this season helpful for your faith community in celebrating Season of Creation both in prayer and in action. May we be a people of hope, faith, and love for our neighbours in a warming world.

Reflecting on the state of our planet can feel overwhelming, but we can all do something. What is burning in your heart? What are you drawn to? What inspires or moves you to take action?

With thanks to Sue Martin for this story.
Sue is the coordinator of Jesuit and Ignatian Spirituality Australia’s Being with God in Nature ministry and Project Officer for the Australian Jesuit Province’s Reconciliation with Creation Committee. 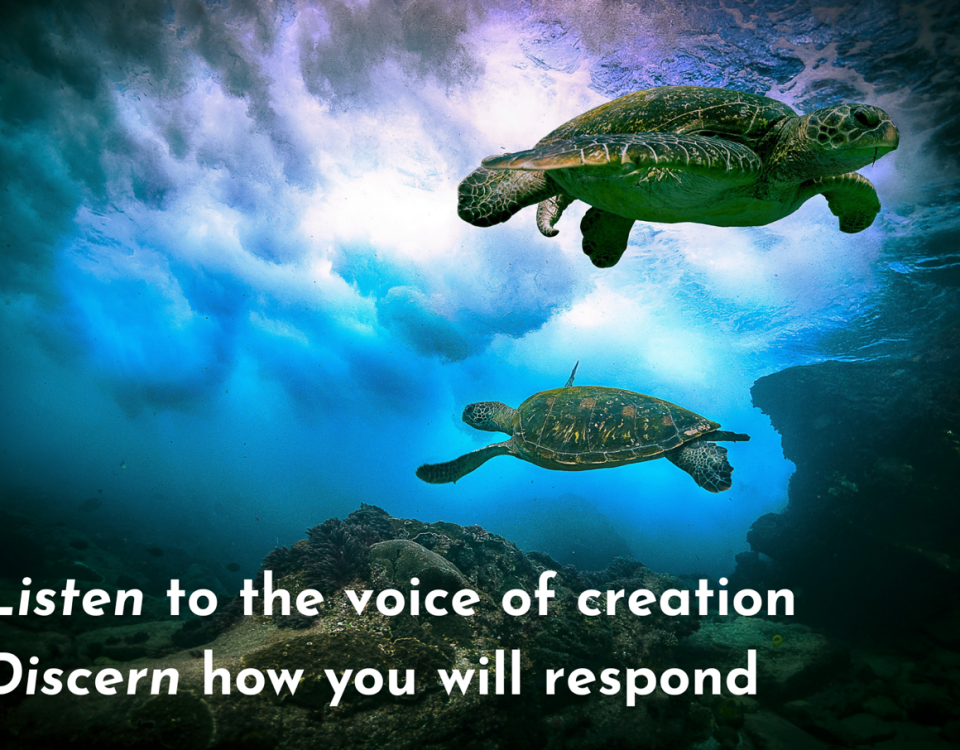 Listen To The Voice Of Creation – Discern How You Will Respond