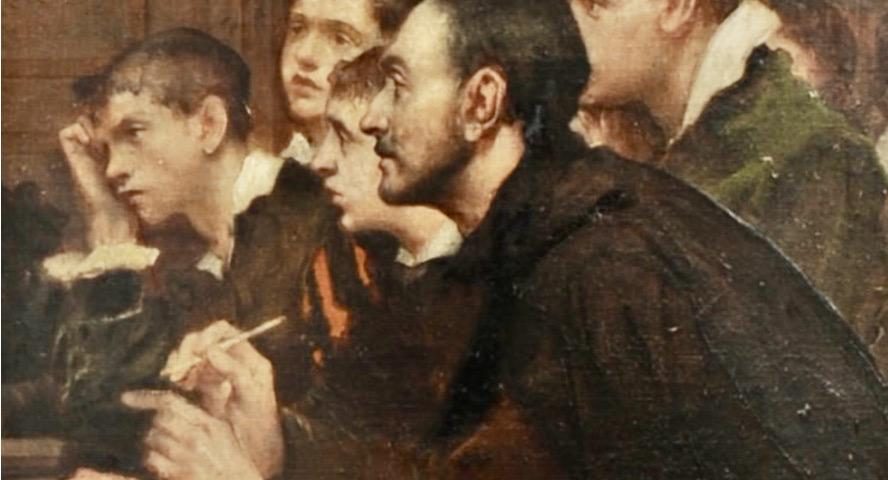 The charisma of Ignatius of Loyola which I found at Xavier College, Kostka Hall in Brighton Victoria, captured my imagination and inspired me to continue my professional life as an educator. It was there that I learnt about how Ignatius’ worldview provided and formulated the characteristics of Jesuit Education which are evident in Jesuit schools today.

In Ignatian Spirituality For Today – Key Readings for Busy People edited by Martin Scroope and Sandie Cornish (2008), the chapter titled “The Character of Jesuit Education” gives a clear outline of how Ignatius modified the system of education used in the University of Paris whilst he studied there: “St Ignatius sought to educate men to work for the betterment of others. For this they needed to be erudite, clear-sighted, generous and influential.” (p187)

In my experience, this tradition has educated many men and women to be instruments of God in the service of others. Practices which promote contemplation, competence, compassion, and commitment may be witnessed and be given adherence to in each of the Jesuit campuses I have visited. Being “men and women for others” is a key value and characteristic at all levels of education.

I recently asked my nephew who is completing his education at Xavier College how the school supported and manifested a particular concern for the poor and sought to form ‘men and women for others?’ His response was as follows:

“Xavier has many different programs that run all year round where students care and form connections with the poor and marginalized. Through these programs a sense of concern and compassion for these groups is formed within the students and by extension a desire to serve without the expectation of gaining anything in return. At Xavier, a huge importance is placed upon being “men and women for others” and giving back to the community as much as you possibly can, without expecting anything in return. This idea is fostered through activities like Friday Night School, Andale School and Sacred Heart Mission fundraising.”

The commentary by Joseph N Tylenda SJ in A Pilgrim’s Journey – The Autobiography of Ignatius of Loyola (2001) describes Ignatius’ thirst for further study at Salamanca and his 700+ mile walk to Paris where he discovered after an entrance exam that his background was insufficient for advanced work. He decided to repeat courses and gradually passed one stage after another, often attending classes with boys much younger than himself. During this time (1528-1535) he experienced much poverty and deprivation but eventually found himself among the First Companions.

The characteristics of Jesuit Education find their roots in the Ignatian worldview which is the basis of the First Spiritual Exercises composed by Ignatius 450 years ago. I am grateful for the inspirational witness of many colleagues, Jesuit priests, students and parents, Jesuit Social Services, Xavier Social Justice Committee, Jesuit Communications who have inspired me with their words, work, and lives.

Our challenge today is to continue reflecting and making connections with Ignatius’ worldview which find their inspiration in the person of Jesus Christ. Sursum Corda.

Thank you to Anita Davine for this contribution to the Erromeria pilgrimage. Anita taught at Kostka Hall, Xavier College, Melbourne from 2004-2015. She currently a member of the First Spiritual Exercises Victoria Regional with Jesuit and Ignatian Spirituality Australia.