How pilgrimage can complement and deepen the Exercises journey

Ignatius, Jerusalem, and the Holy Land: “The whole world will be my Jerusalem”

How pilgrimage can complement and deepen the Exercises journey 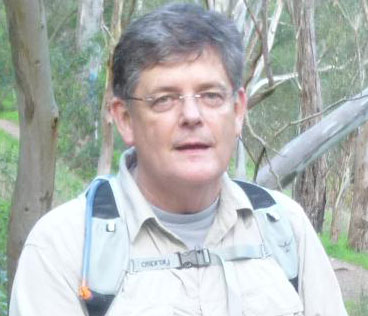 The idea of pilgrimage was important to the self-understanding of Ignatius of Loyola. In his Autobiography he refers to himself as “the pilgrim.” While recuperating from the fractures he suffered when he was struck below his right knee by a cannonball while leading the defence of the castle in Pamplona against a French army, he day-dreamed. He says that, “When he thought of going to Jerusalem barefoot and eating nothing but plain vegetables and practicing all the rigours that he saw in the saints not only was he consoled when he had the thoughts but even after putting them aside he remained satisfied and joyful.”1 He set his heart on Jerusalem.

The first leg of his pilgrimage took him from Loyola to Manresa. He remained there for almost a year before travelling to Rome, then to Venice and finally to Jerusalem. At Manresa he made careful entries in a notebook about his spiritual experiences. This much revised text eventually became the book of the Spiritual Exercises for which Ignatius became renowned.

Ignatius came to understand that giving his Spiritual Exercises to others was a highly effective means of enabling their spiritual growth. But he also intuited that there needed to be additional experiences that would complement and deepen the foundational Exercises journey.

Paul Nicholson explores those additional experiences in his article Exercises, Experiments and Experiences: Tools for Ignatian Formation.2 Nicholson notes that in the Jesuit Constitutions Ignatius lays out the structure of the novitiate program for the new Order. He stipulates that during his first two years of formation a Jesuit novice should first make the Spiritual Exercises, then go through five experiencias. These include: (1) caring for the sick and dying in a hospital; (2) making a month-long pilgrimage on foot; (3) teaching the rudiments of Christian doctrine to children or uneducated adults; (4) for those already priests, offering sacramental services without charge; and (5) carrying out simple household tasks such peeling potatoes as a kitchen hand — a humiliation for an upper-class aspirant to Jesuit life in the sixteenth century. For me, a pilgrimage proved pivotal in deepening my experience of the Spiritual Exercises.

For two weeks in July 1991, I walked with a group of about two thousand pilgrims from Lourdes in France over the Pyrenees to Loyola in the Basque region of Spain. Our pilgrimage marked the 500th anniversary of Ignatius’ birth in 1491.

On the afternoon we arrived, I visited the room in the Castle of Loyola where Ignatius had his conversion. I sat down in one of the pews, and was suddenly overwhelmed by a deep felt-knowledge of the immensity of God’s love for me, and a realisation of how wrong I had been in the way that I had imagined and felt about God. Spontaneously I began to weep. Big tears plopped on the kneeler. I couldn’t stop them. I understood then, at a foundational level of my being, that I was loved and lovable. Two weeks of walking had enabled a true image of God to emerge and, somehow, this had travelled down to my heart where it become a full blooded knowing. The truth I had only partially grasped in making the Spiritual Exercises now broke in fully: God loved me unconditionally. I did not and could not earn God’s love. In that instant, my mind and heart were healed of a false and faulty image of God.

Dr Michael Smith SJ is lecturer in Ignatian spirituality at Australian Catholic University and helps to form spiritual directors in the Ignatian tradition in the Arrupe® Program. He walked the Camino Frances from Jean Pied de Port to Santiago de Compostela in 2011, led the first group to complete the Ignatian Camino from Loyola to Manresa Spain in 2013, and walked the Jesus Trail from Nazareth to Capernaum in 2016.